My First Safari – Part I

Even though I am a frequent and passionate traveler, it was not until this year that I first visited the African continent. More precise: Tanzania. I had read a lot about East Africa in general and Tanzania specifically, but nothing could prepare for that magnificent moment when you see your first animal in the wild! This happened to me on the way to my first ever safari in Lake Manyara Nationalpark, located in Northern Tanzania between Serengeti and Tarangire Nationalpark – and it was overwhelming! 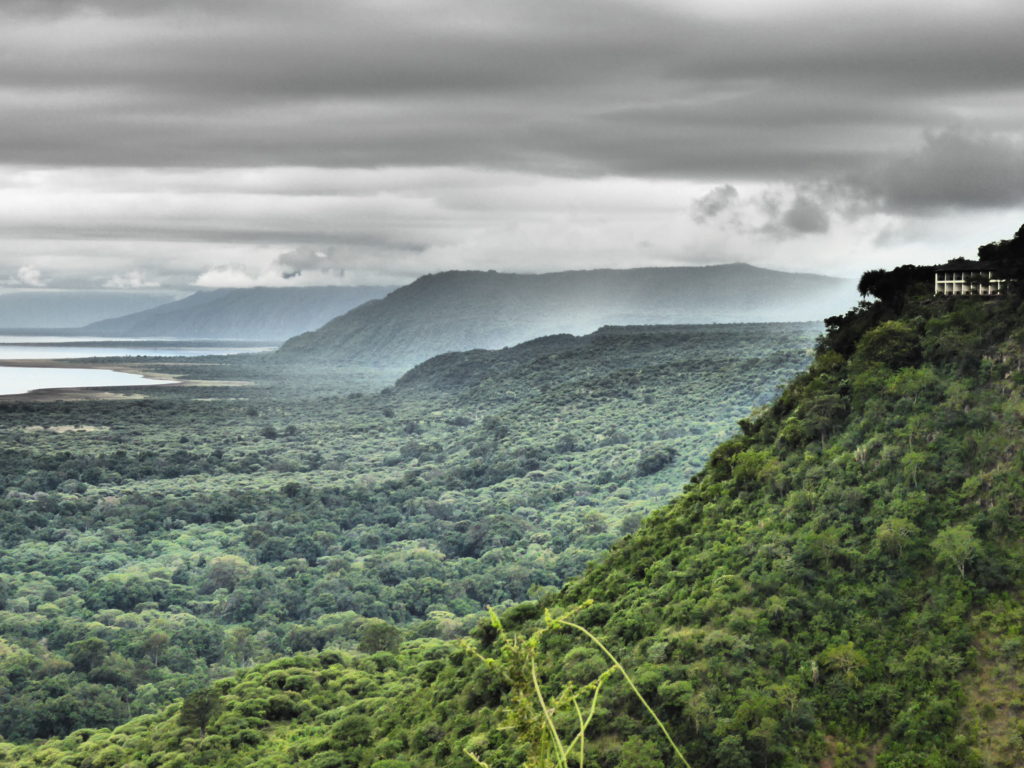 To be precise: it was a giraffe with two baby giraffes right next to the road. This kept me excited until we finally reached the park. It was quite a procedure before we could enter, but then finally, we were in the park and welcomed by a group of cheeky monkeys. After we watched them for a while playing and bickering we continued the drive. Not long after this, we saw elephants. First in a distance, but approaching ever closer and finally crossing the road right in front of our vehicle. At this moment, I was so excited I thought it could not get any better. But how wrong I was! It didn’t take us long to see the next, much bigger group of elephants, drinking from an almost dried out river. There were so many and I could have stayed there the whole day just watching these huge but peaceful creatures. 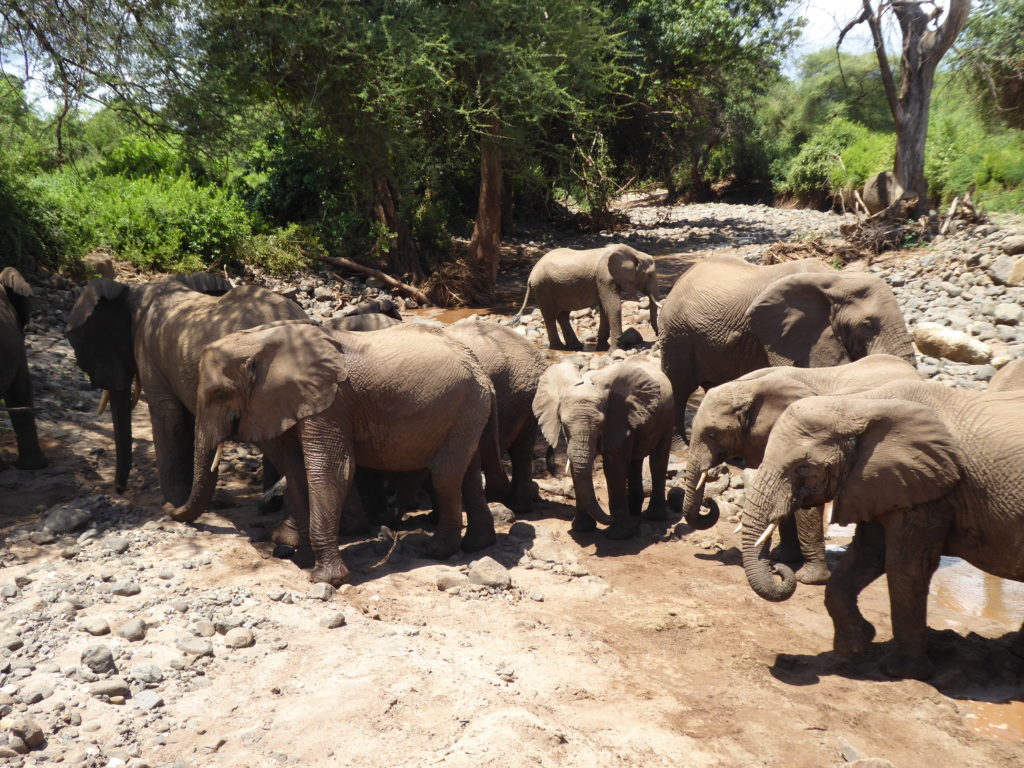 However, we continued the ride and soon arrived at a small lake (not the lake Manyara where to park got its name from). There, we discovered a group of hippos that were barely visible. Hippos spend most of the day in the water resting and only come out when it starts to get dark to eat. Throughout the whole game drive we could see buffaloes, impalas, zebras, pumbas, little monkeys and lots of birds (East Africa is a paradise for birdwatching!). It barely passed a minute in which we didn’t see an animal. 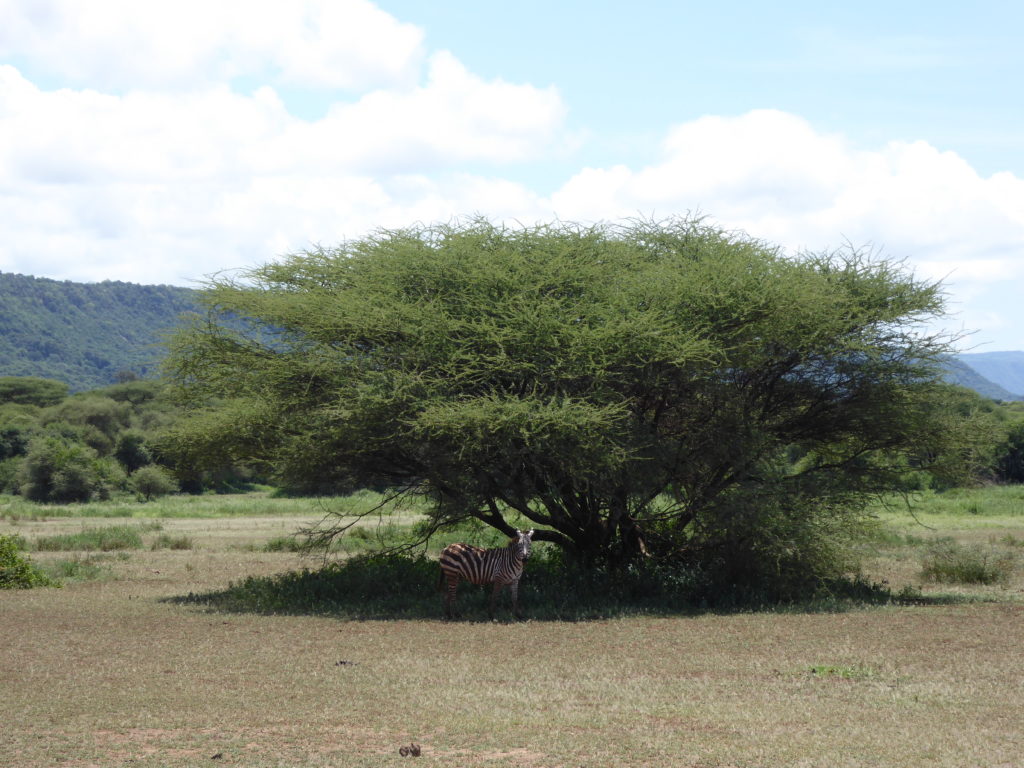 Until some point just after lunch, we hadn’t seen a giraffe (apart from the ones early in the morning where we hadn’t even started the safari). But this changed in a very special way. There were almost a dozen lining up one after the other right at the shore of the lake (Manyara this time) all facing the same direction. It looked odd, but seemed very special to me and probably grew my fondness for these super cute creatures. The scenery, with hundreds of flamingos in the lake and the Rift Valley in the back, created a magical atmosphere. After some calm moments on a platform in the water and the obligatory group picture, it was time to leave the park. 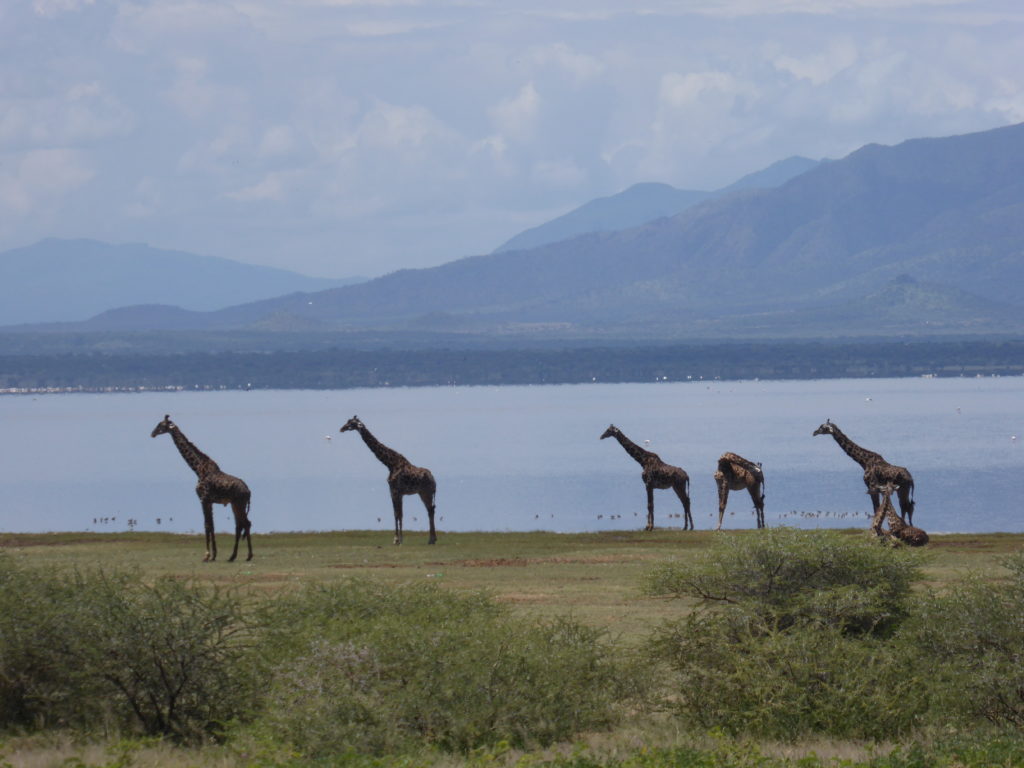 On our way back, we passed another, slightly smaller group of elephants which I considered as a special farewell to my first ever safari experience. It was an amazing day which I will never forget. And luckily the second part of the safari adventure was already booked for the next day. Part II of My First Safari will be up soon. If you want to see more pictures in the meantime, have a look at @vivi.away on Instagram. 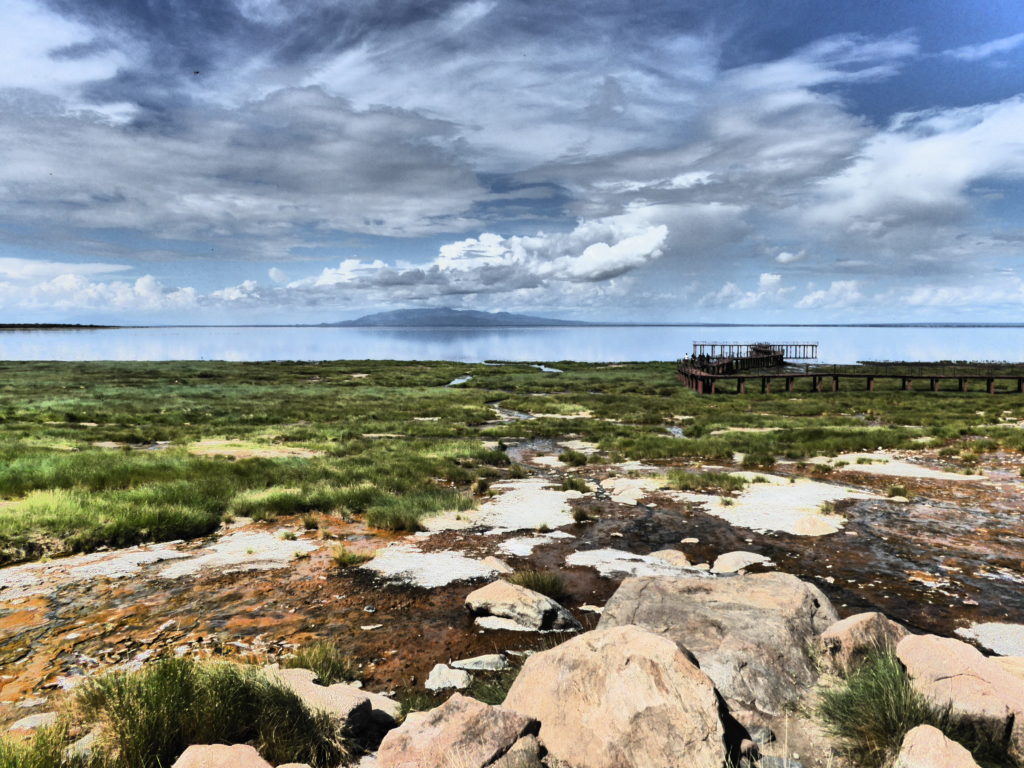 My First Safari – Part I