In Part I of my safari story I told you about my game drive in Lake Manyara Nationalpark. The second part of my first ever safari took place at probably one of the most magnificent and special places on earth – the Ngorogoro Crater in Northern Tanzania. There are animals EVERYWHERE and it feels like being in a huge outdoor zoo but without cages. The area in which the animals live is surrounded by the mountains of the Rift Valley which makes a wonderful scenery. 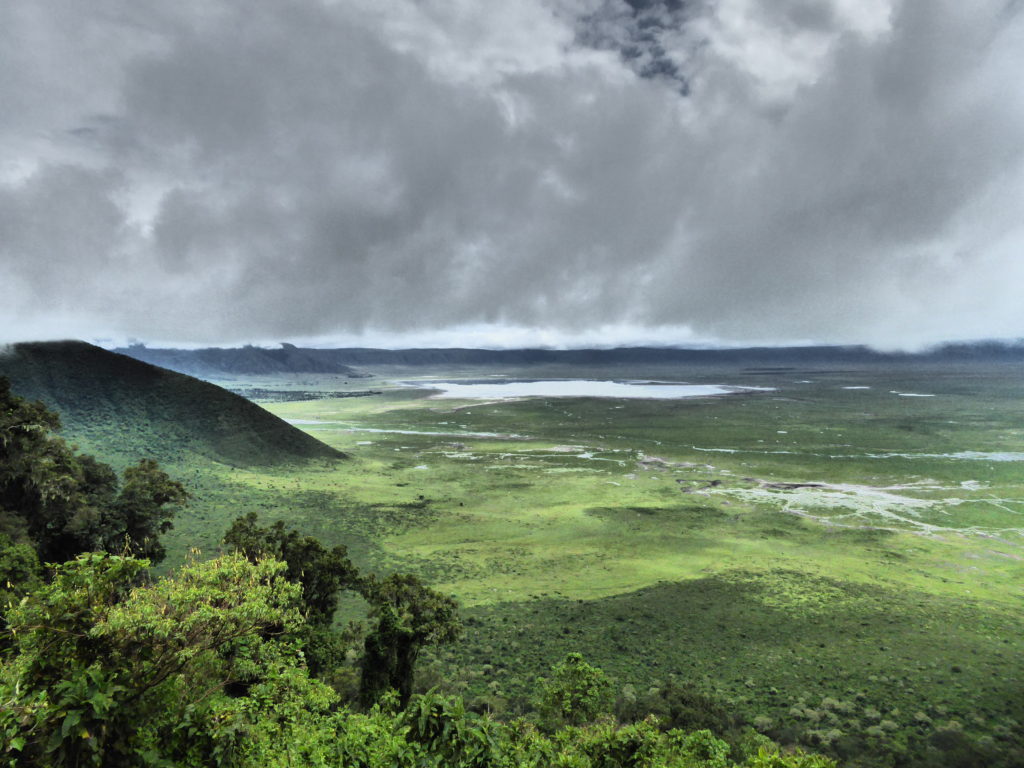 The first photo stop, a view point that overlooked the crater, gave a first impression of its vastness. After we admired the panorama enough, we started the descent into the crater. The landscape was as beautiful as imagined from above and upon arrival we were welcomed by a few zebras and pumbas. Luckily, we spotted two male lions chilling in the field soon after we arrived. As you can imagine, this took a lot of pressure away from us as we were so keen to see lions in wildlife. 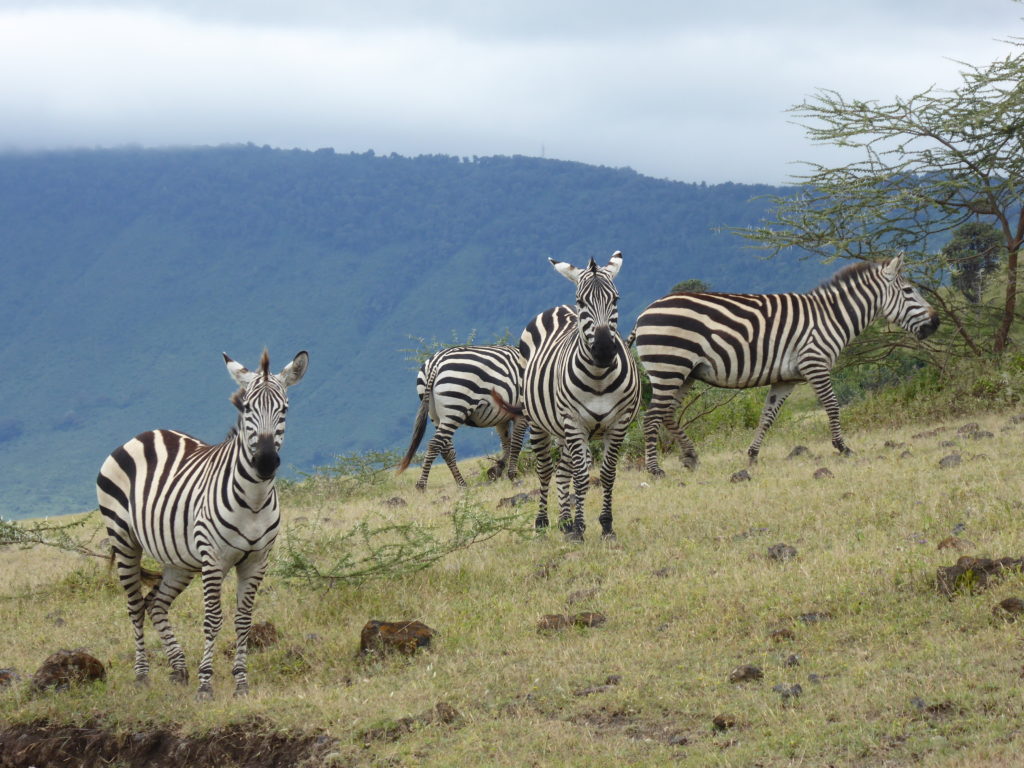 But as this was just the beginning, it got even better! After we passed some more zebras, impalas and pumbas, we saw more lions. This time: a female with three cubs! They were incredibly cute and fluffy. We couldn’t get enough of them as we watched them playing around with each other and, after a while, turning to their mother to get fed. The lions were the absolute highlight and it was amazing to see these majestic cats in their original habitat. 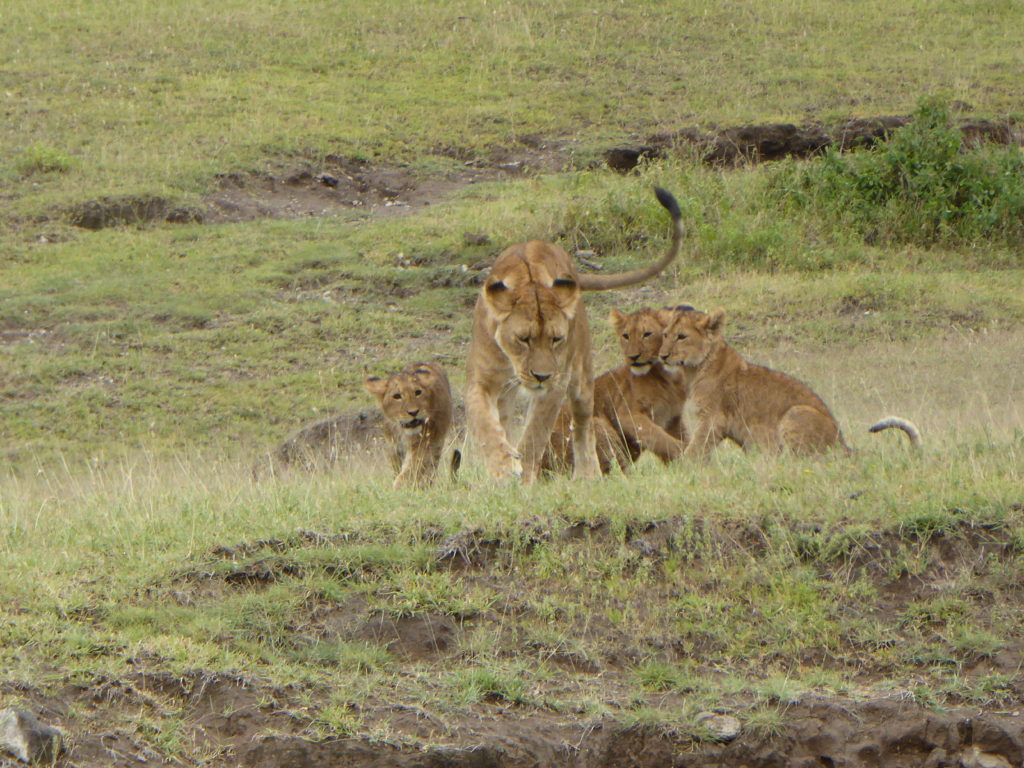 Even though I didn’t want to move on, we were rewarded by seeing even more different animals, including hyenas, wildebeest, jakals, crested cranes and … HIPPOS. Among other things, Ngorogoro Crater is famous for its Hippo Pool. There were about thirty or forty bathing in the pool when we arrived. Great scene, but very smelly. 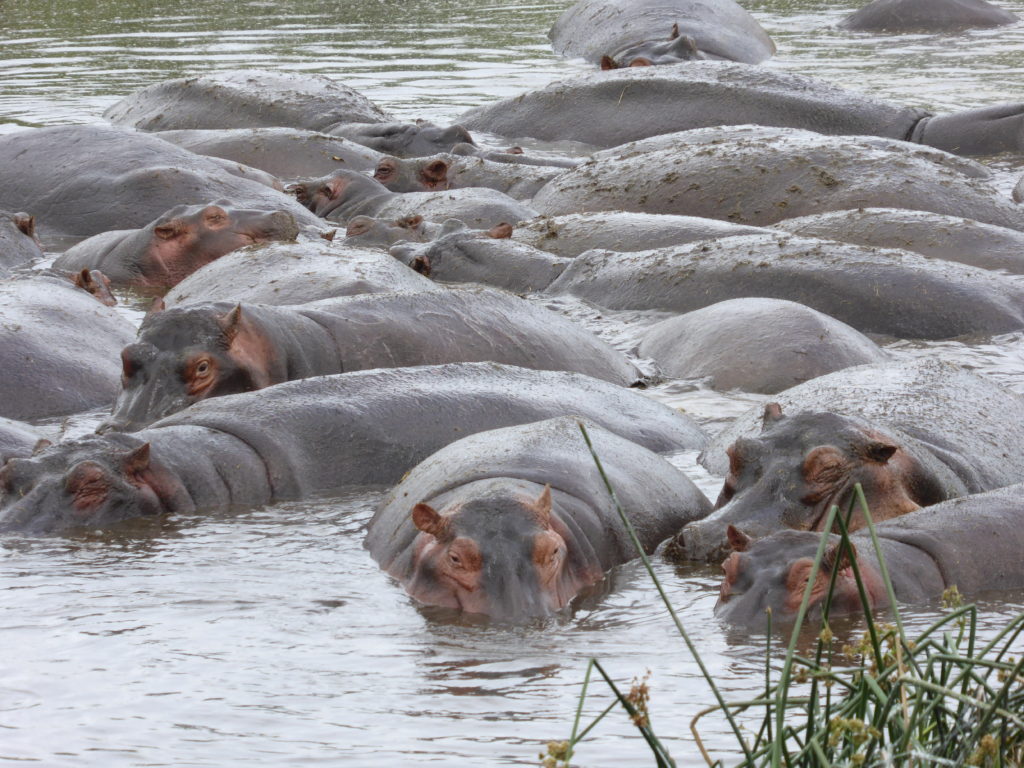 On our way to the lunch spot, we passed zebras, impalas, buffaloes, wildebeest and pumba – too many to even start counting. It was a wonderful feeling driving by, surrounded by all these animals without them being scared. Sometimes we had to stop as zebras were standing in the middle of the road refusing to move. This is what makes a safari truly magnificent. 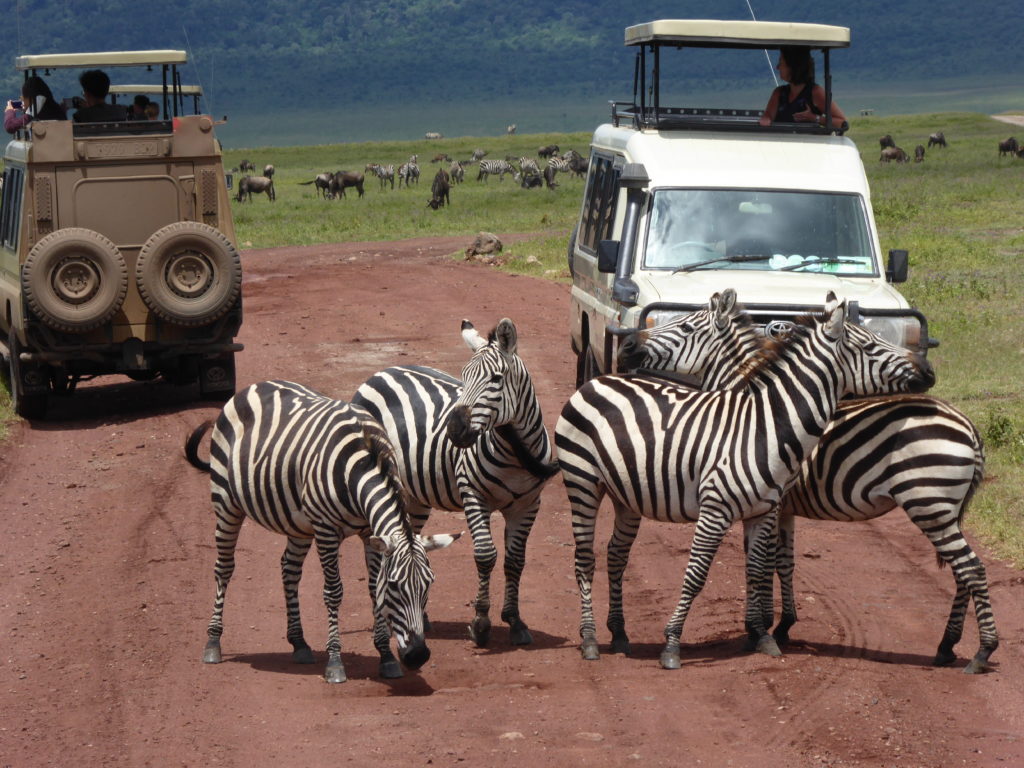 After having a short lunch break next to a small pond in which hippos were bathing we continued the game drive. It seemed like most of the animals held a siesta after lunch as there were much less to be seen than before. Nevertheless, we saw the occasional wildebeest and pumba and even an elephant. This was strange because elephants usually live in groups. Our ranger told us the sad reason why this one was alone: When they are old, they come to this place to die. 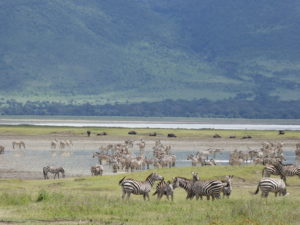 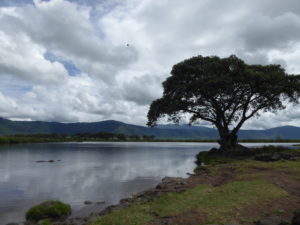 The end of this phenomenal safari loomed, but before coming to the exit and starting the ascent, we suddenly spotted two groups of lions. Three young males and three females relaxing in the green grass not far from the road. While the female group was rather unimpressed, the males seemed to pose for us. It was so much fun looking at them and taking photos. But as the saying goes: All good things come to an end. However, this was the perfect ending for a perfect safari day. 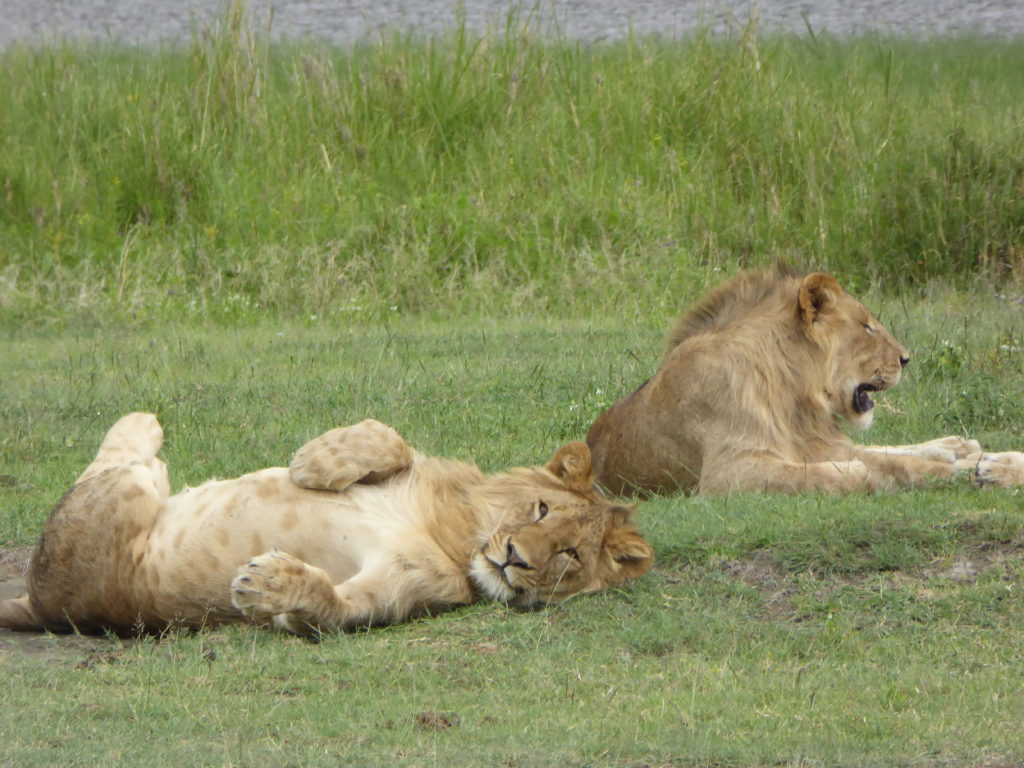 I am very grateful that I had the chance to see so many beautiful animals in their orginial habitat. It was definitely one of the most remarkable and memorable experiences I have ever had. These two days were my first safari, but surely not the last.

If you want to see more pictures of my travels have a look at my Instagram feed: vivi.away